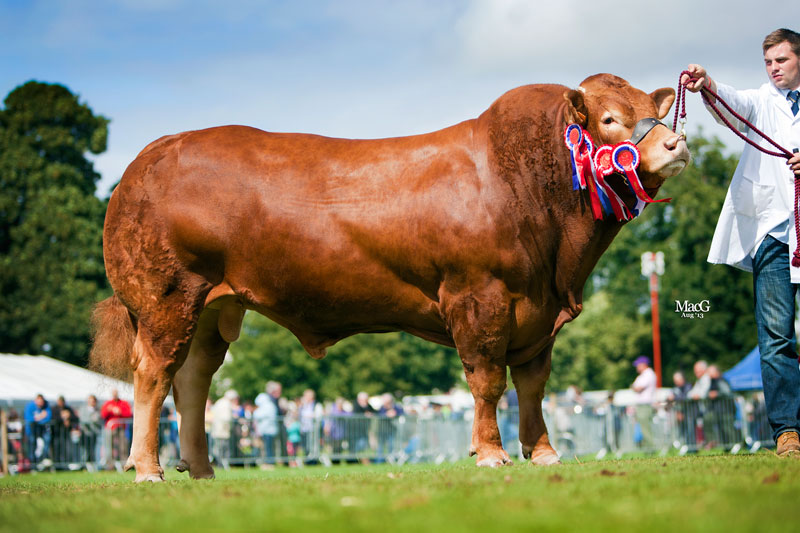 Our French-bred bull, Frankyben, led the way in the Limousin section at Perth Show in 2013, and went on to stand reserve inter-breed champion. By Achiel, he was bought by Robert Graham in France as a calf, and was champion earlier in the summer at Gargunnock and first at Black Isle and Stirling shows.